Just thought I’d do a quick post to document the completion of a few 2mm ECW units. These boys are the first off the production line, but there’s a whole lot more waiting in the queue behind them. 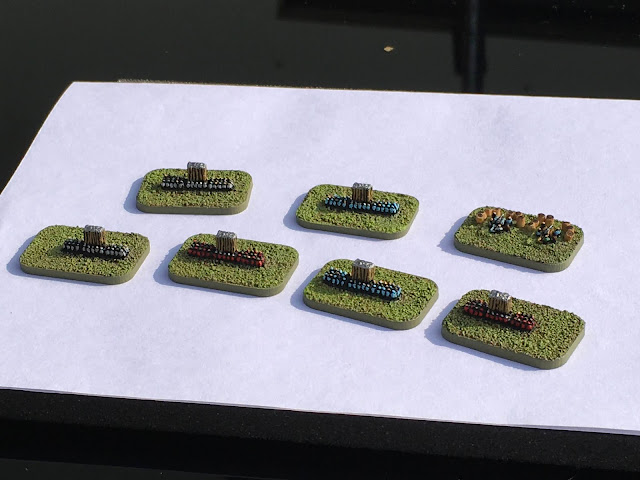 I tried 2mm about 3yrs ago and made a right pigs ear of it. With no ready access to the internet (where we lived in France was zone blanc) I was unable to copy the work of others who had gone before me. Well that was my excuse anyway. Now that Lee has kindly made me a gift of his unwanted 2mm stuff I’ve got my hands on an example of how it should be done and have been able to copy his technique. Cheers Lee!

With my Wofun troops off on extended leave in the Midlands these will be my only way to fight ECW battles for now. Having already documented my “can’t be arsed” attitude to setting up a big 6x4 table the adoption of this scale might well overcome that issue. 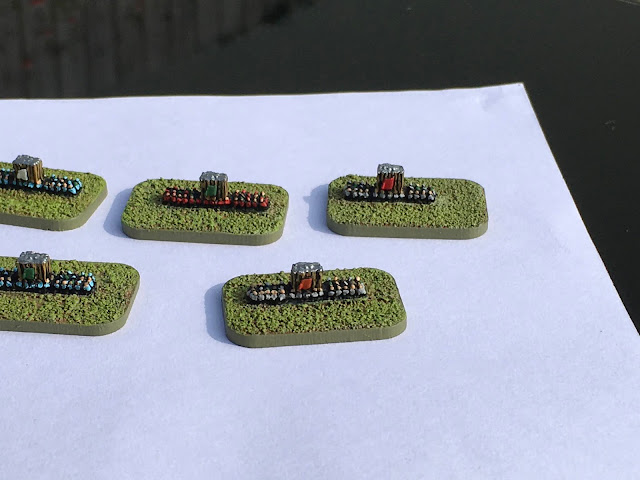 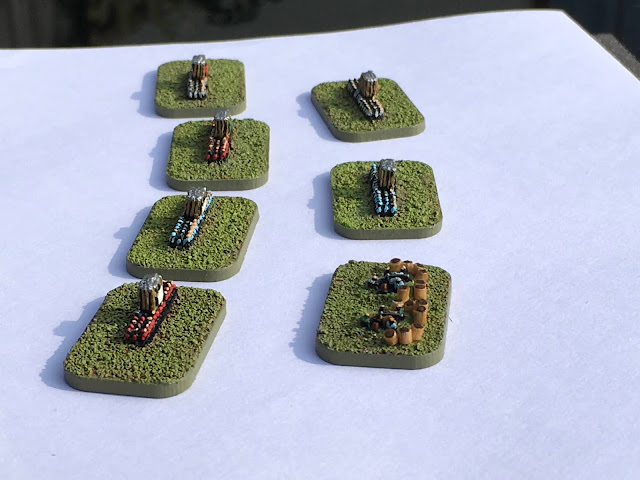 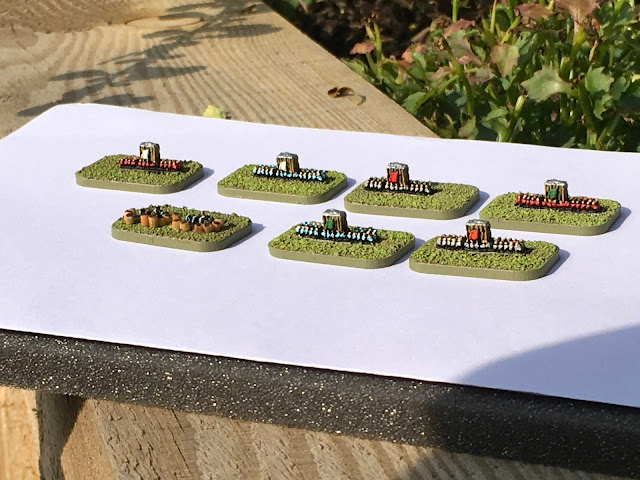 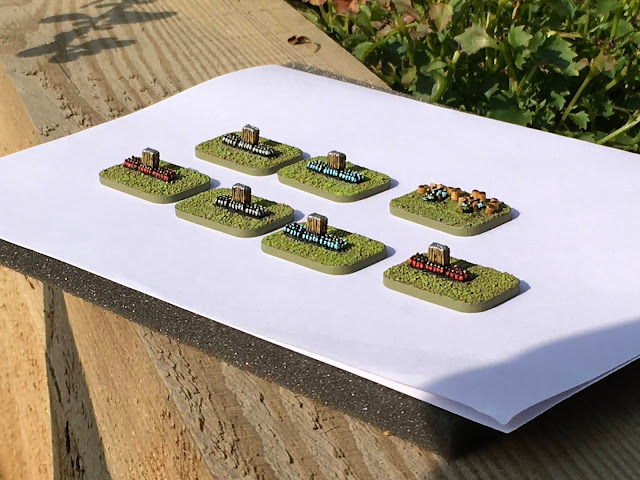 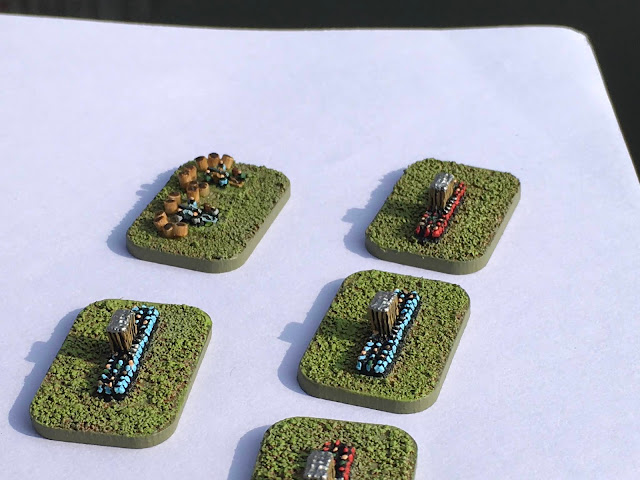 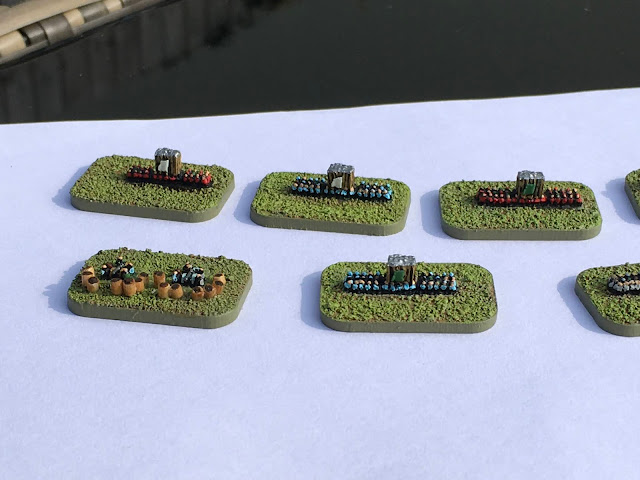 I’ve gone with Twilight of The Divine Right for army level rules and despite a few awkwardly phrased sentences (that led to some head scratching ) they will definitely suffice. My only tweaks will be to have 1 base per unit rather than the suggested 2 since it seems unnecessary, and to adjust the movement distances by a gnats cock to accommodate the 3cm base width.

The scenario book that I purchased with the rules has a seemingly simplified orbat for the major battles it covers but who am I to argue with an alumni of the Wyre Forest games group and member of the Pike and Shot Society. If it’s good enough for them I shall consider myself covered against the comments of trolls like Wulfgar414.

Even at my glacial pace I should have two reasonably sized armies done in a matter of weeks so my thoughts have already turned to what to do with them. I could do another different ECW campaign, or I could just attempt to refight historic battles. In any event the battle fields will only occasionally exceed 2ft square and with the lovely Vauban and castle sets from Brigade anything seems possible.

Email ThisBlogThis!Share to TwitterShare to FacebookShare to Pinterest
Labels: ECW, Here’s one I made earlier