First off - an apology. I’ve become aware that a number of my comments are failing to register on other folks blogs, I’m not sure why this should exactly so my strategy, (since I’m notoriously tech averse) is to wait the bugger out in the hopes that it gives in and fixes itself - like my broken toe did the one time.

Anywhoo… despite being in the doldrums I thought I’d post a quick update on the 2mm front as a sort of progress report. The old black dogs been hanging around for the last few weeks but despite that I’ve ploughed through half a dozen Cogs, finished the 2mm armies, tinkered with a couple of my own rule sets, play tested Twilight of the Divine Right…mmmm… and set too on the terrain I need.

I’ve a lot of buildings to complete and that’s before I get on to castles and fortifications. I thought this scale’d be easy and quick…lol.

The buildings are from Brigade and are lovely despite my cacky painting. 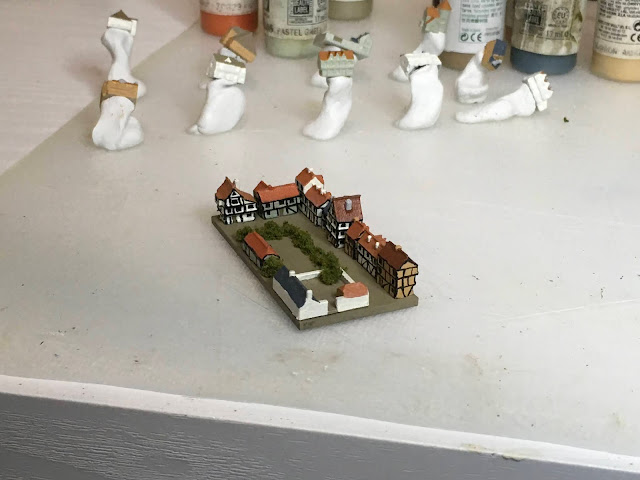 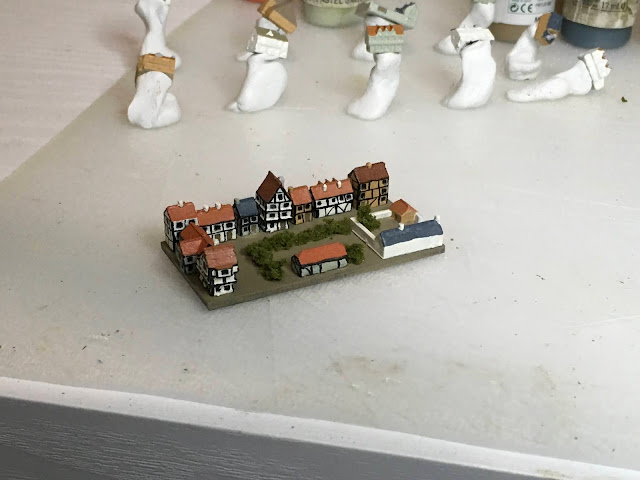 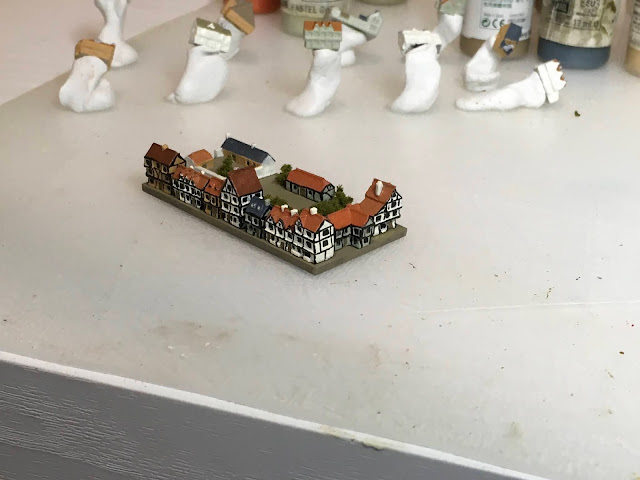 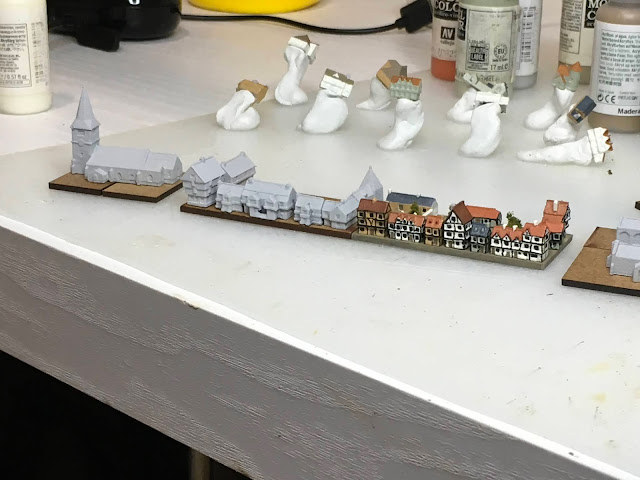 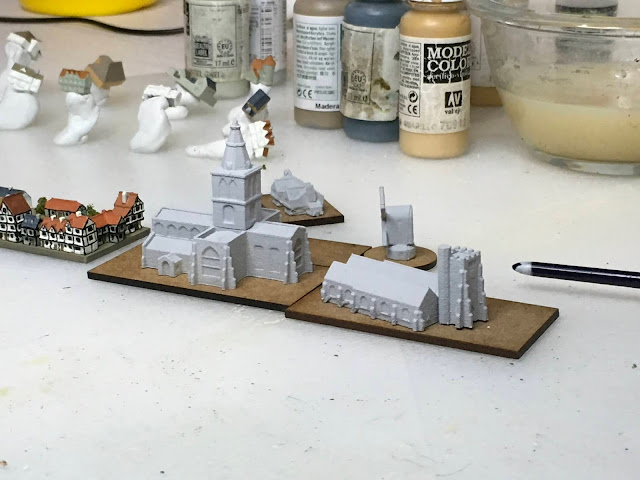 The rivers are blue masking tape on plastic card, with a heavily pva’d garnish of fringe foliage. I’ve done enough sections to cover twists and turns over a 3ft length which should be enough. The woods and the roads are on the way. 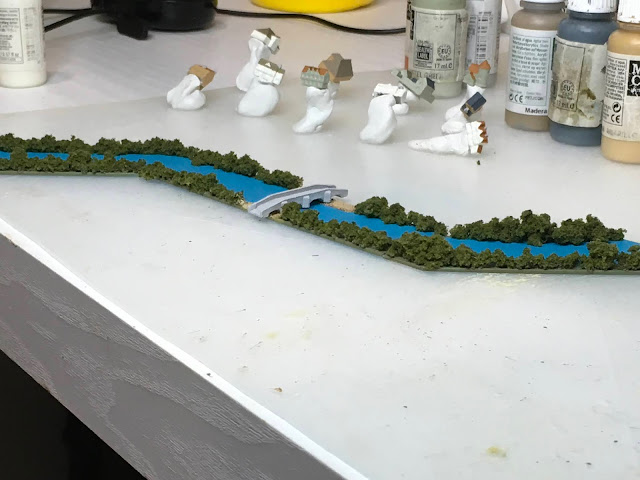 I shall be cutting up a new 3mm thick mousepad game mat (sacrilege) to make contoured hills in the same colour and texture as the base game mat. I hope that’ll look okay.

Email ThisBlogThis!Share to TwitterShare to FacebookShare to Pinterest
Labels: 2mm, ECW, Here’s one I made earlier